Design Collective at The Power Plant

In 1899 three streetcar companies merged to create the United Railways & Electric Company. To supply energy for the streetcars, a larger central power plant was established on Pratt Street. Three interconnected buildings were completed in phases between 1900 and 1909. The architects for at least two of the buildings were Francis Baldwin and Josias Pennington. The Power Plant was completed shortly after the Great Baltimore Fire.

In 1921, the plant was sold to the Consolidated Electric Co. a forerunner of Baltimore Gas & Electric, that provided downtown buildings with steam for heat. Its functional life ended in 1973. It was later proposed to be a Victorian themed amusement hall, but became a nightclub before being renovated in 1997 by Design collective into a retail, office and entertainment attraction.

Lobby entry is secure. Design Collective volunteers will be present to escort visitors to the 3rd floor and provide informal tours. 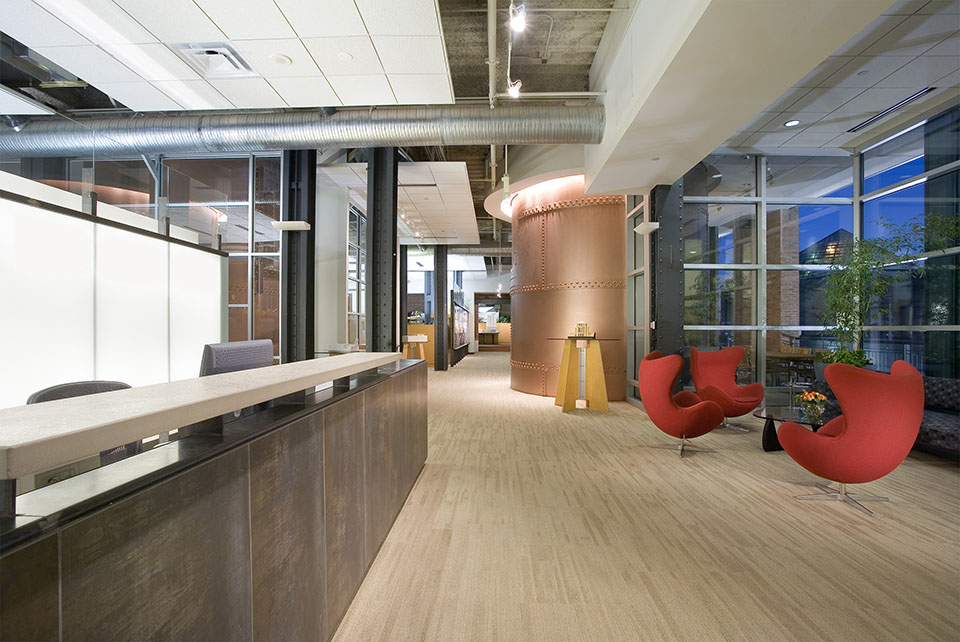