Greek Orthodox Cathedral of the Annunciation

Originally the Associate Congregational Church, this building was designed by architect Charles E. Cassell and erected in 1889. For many years, the building was occupied by the Associate Congregational Church. But in 1934, the Protestant congregation moved to a new location and the building was left vacant. Around this time, the property was slated to be turned into a gasoline station until the Greek community of Baltimore took steps toward acquiring it for themselves. Land Records of Baltimore City show that the Greek Orthodox Church purchased the property on the corner of Maryland Avenue and Preston Street on February 26, 1937. Renovations of the church began thereafter. The stone was cleaned, a new railing was installed, and evergreens were planted outside. Inside, the altar was redone to adhere to the requirements of the Orthodox Church. Again from 1964 to 1965, the church was remodeled to have a new electrical system, refurbished woodwork, updated carpet and flooring, as well as a newly painted ceiling and walls of white and beige. 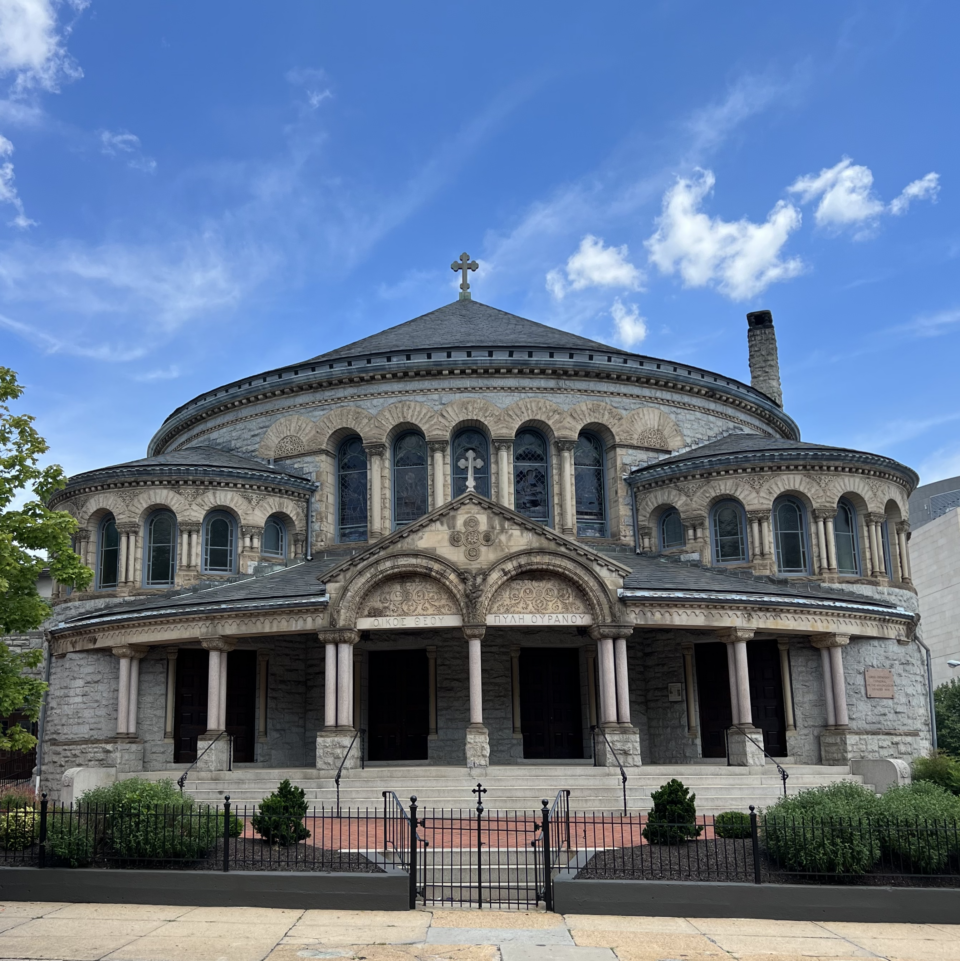 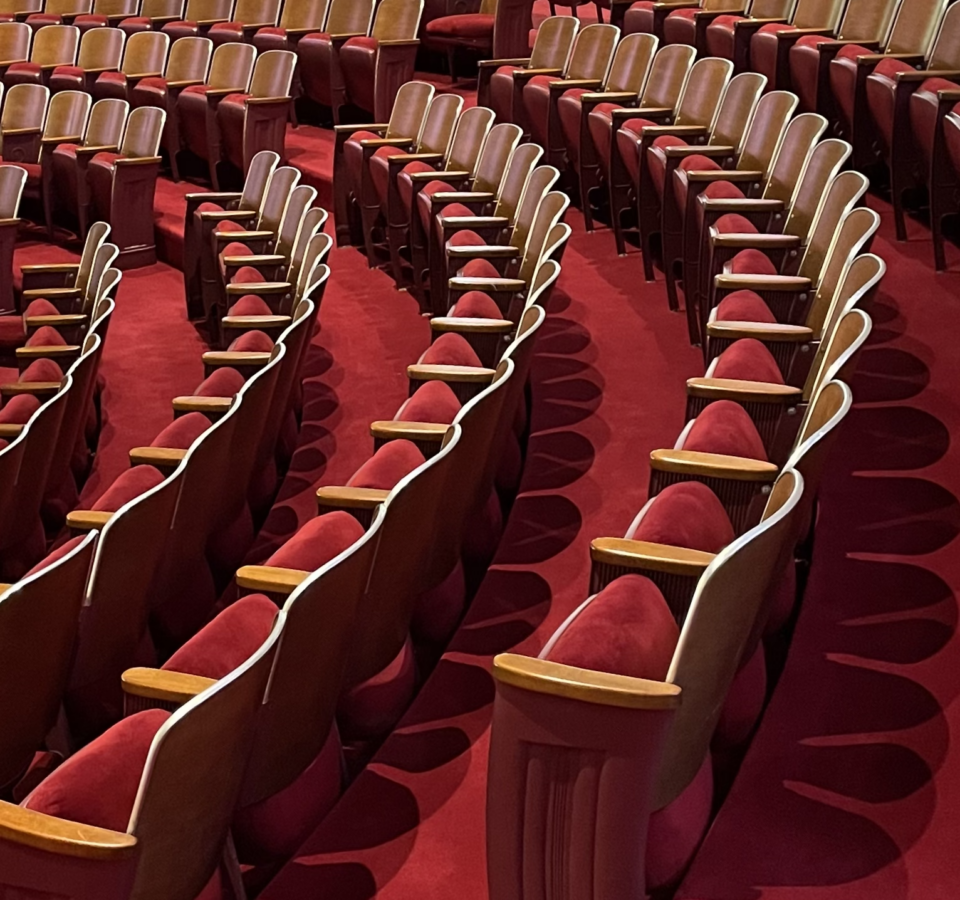 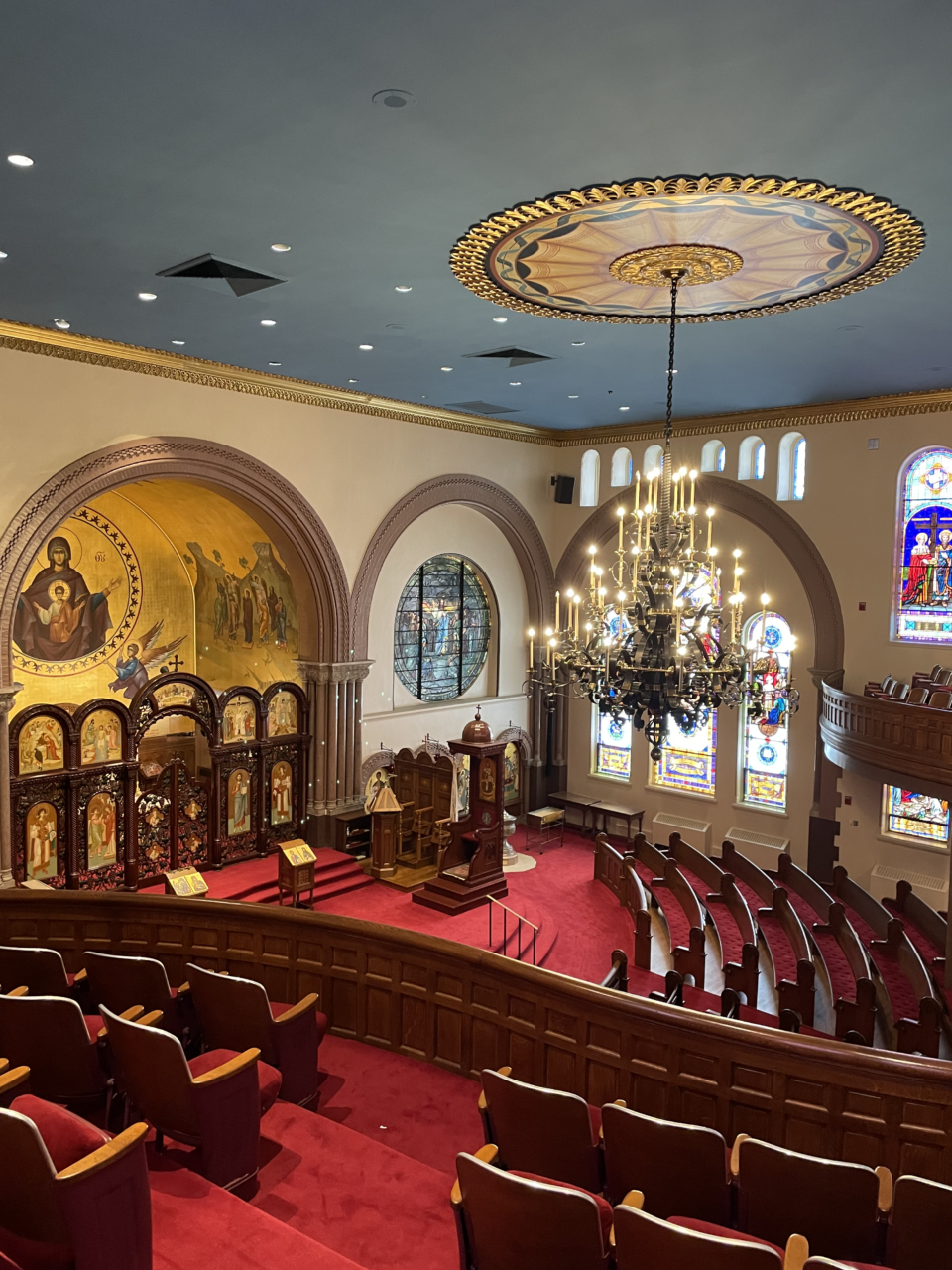 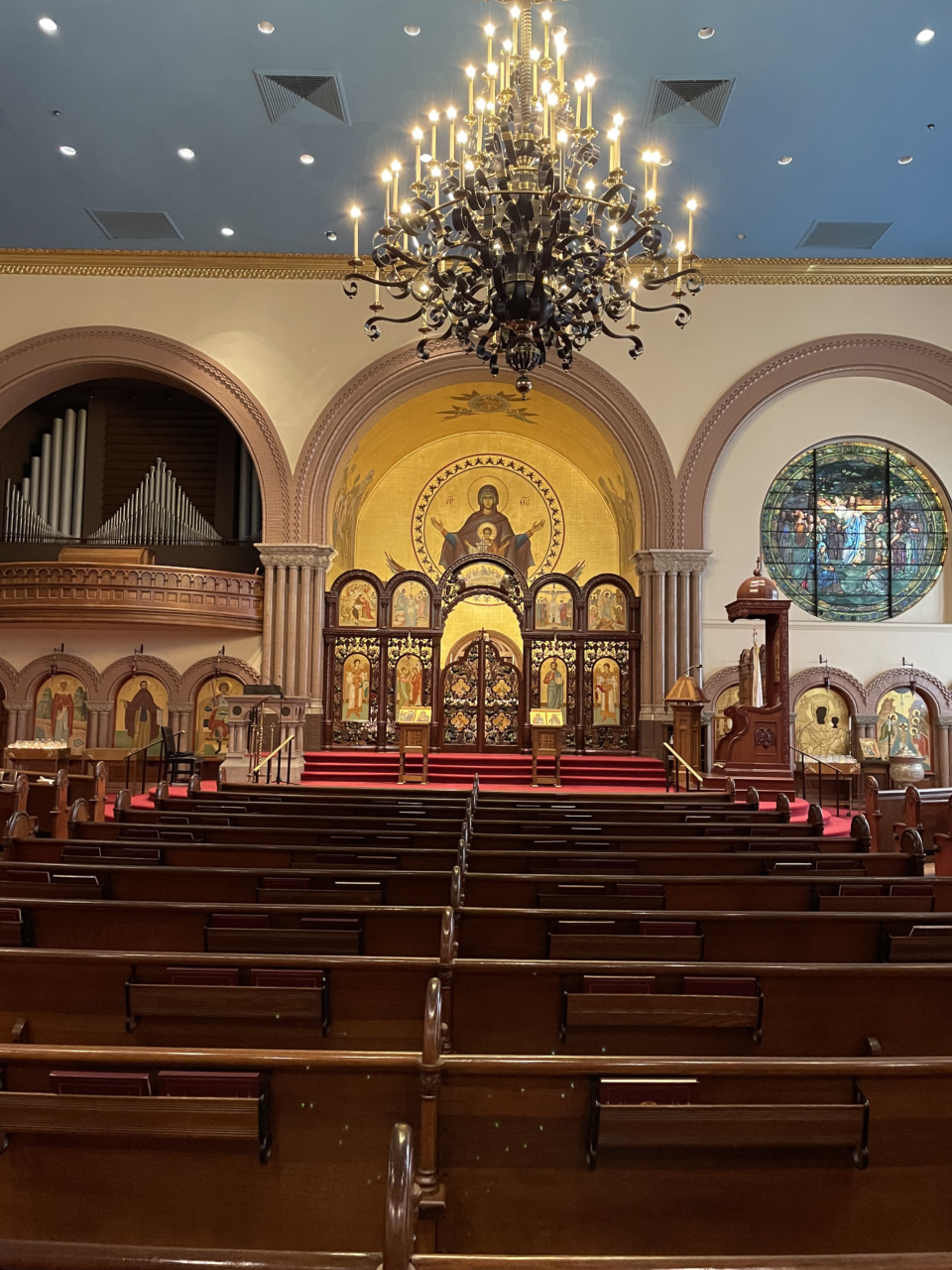 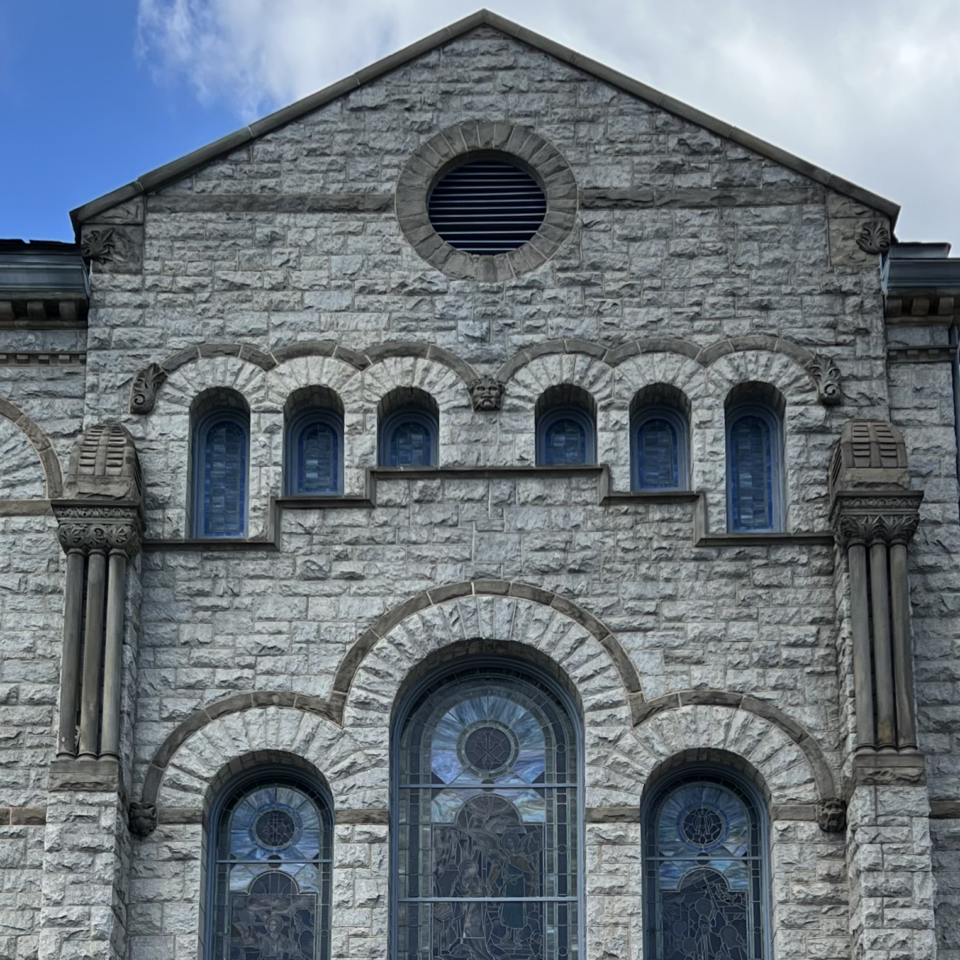 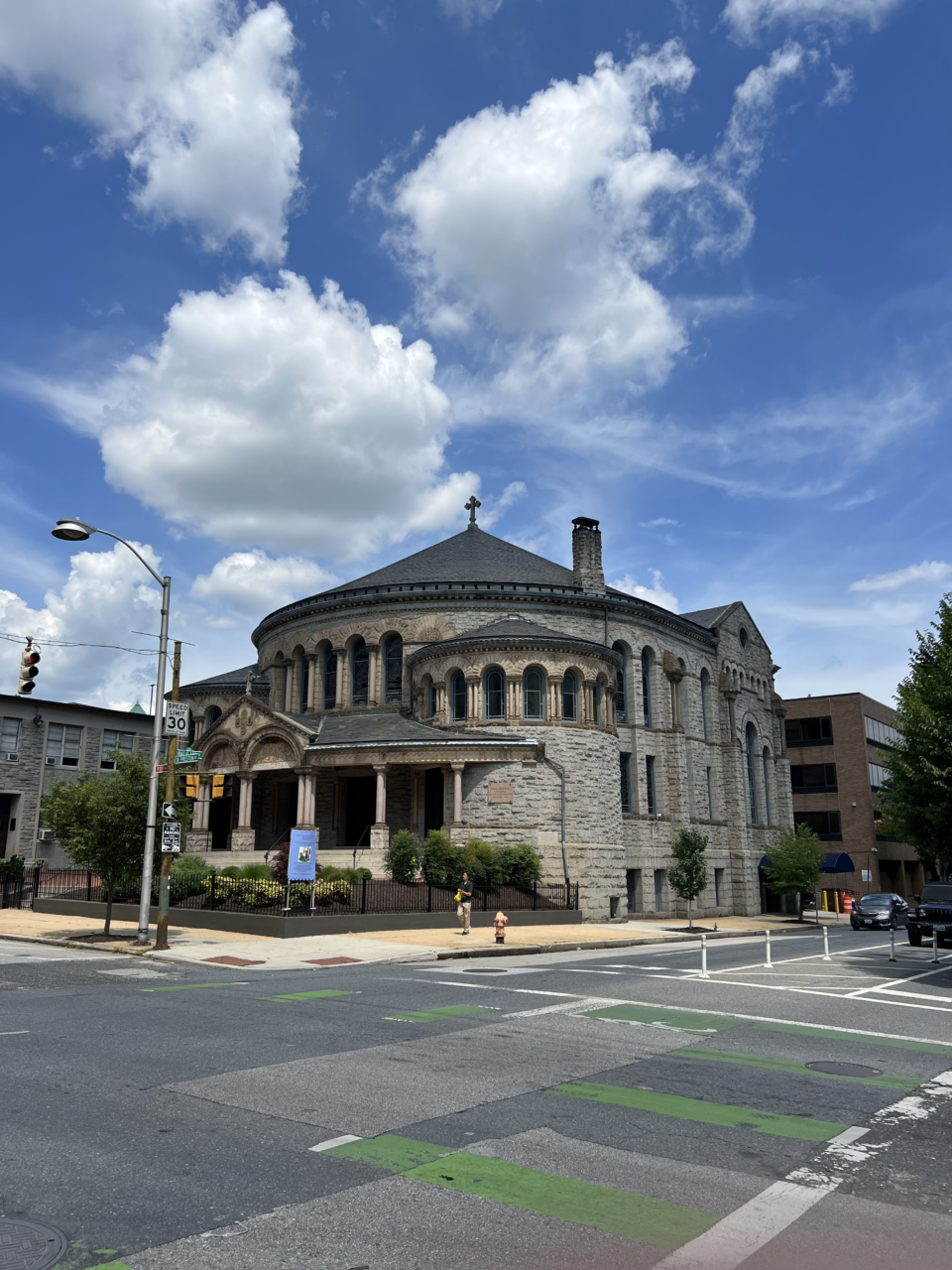