Believed to originally have been a horse stable constructed in the late 19th century, later additions expanded the building to allow for a more industrial use: boiler and mechanical system repair and service and eventually a used car sales and repair facility. The building retains a showroom auto-door and the original automobile lift to the second floor (now used as a stairway to the upper story). All vestiges of the former commercial uses were removed to reveal the original architecture of building—glazed white brick in the former stable area, steel columns and beams in the expansion areas and beautifully intact wooden beamed ceilings throughout. See the inside of an architecture office! 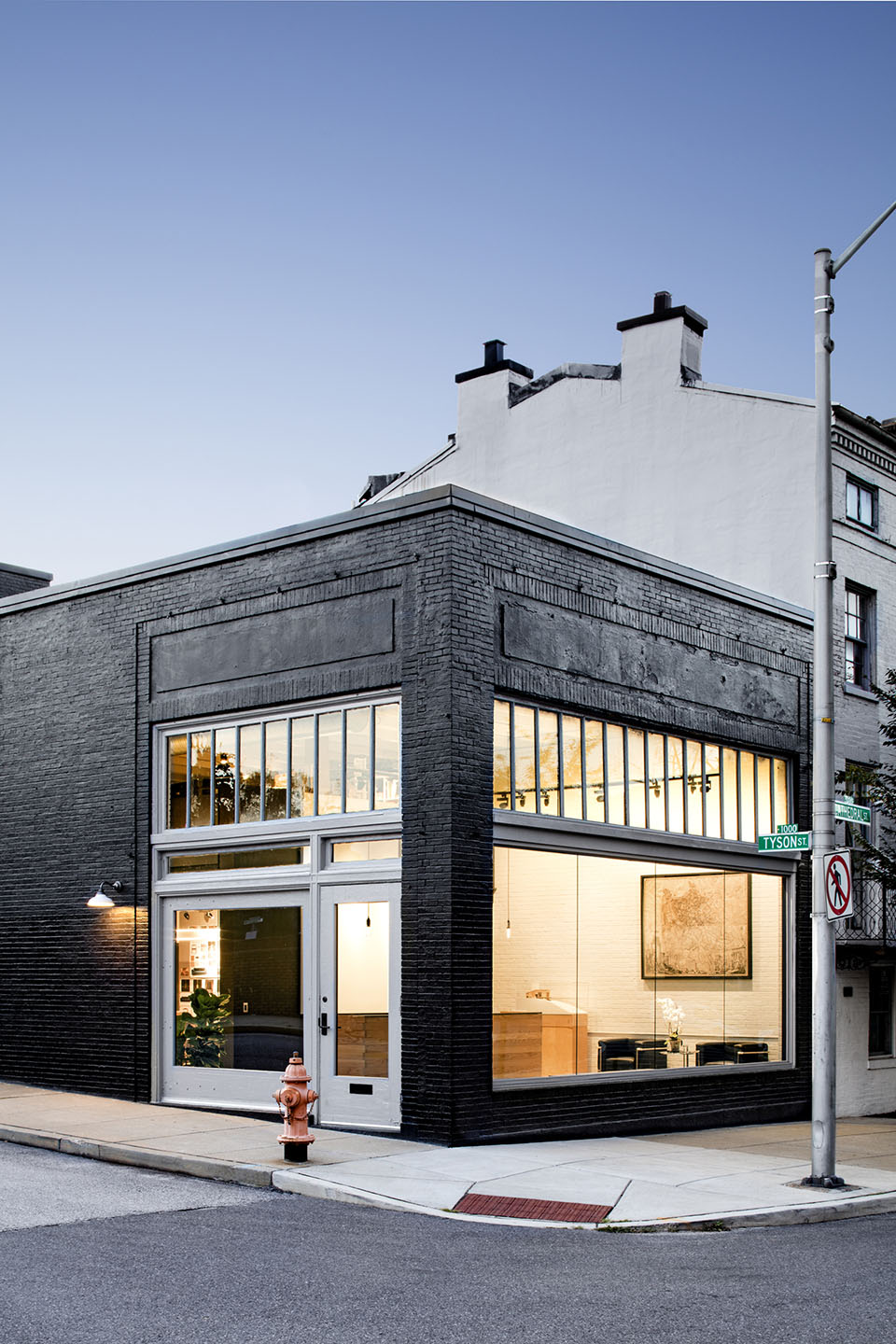 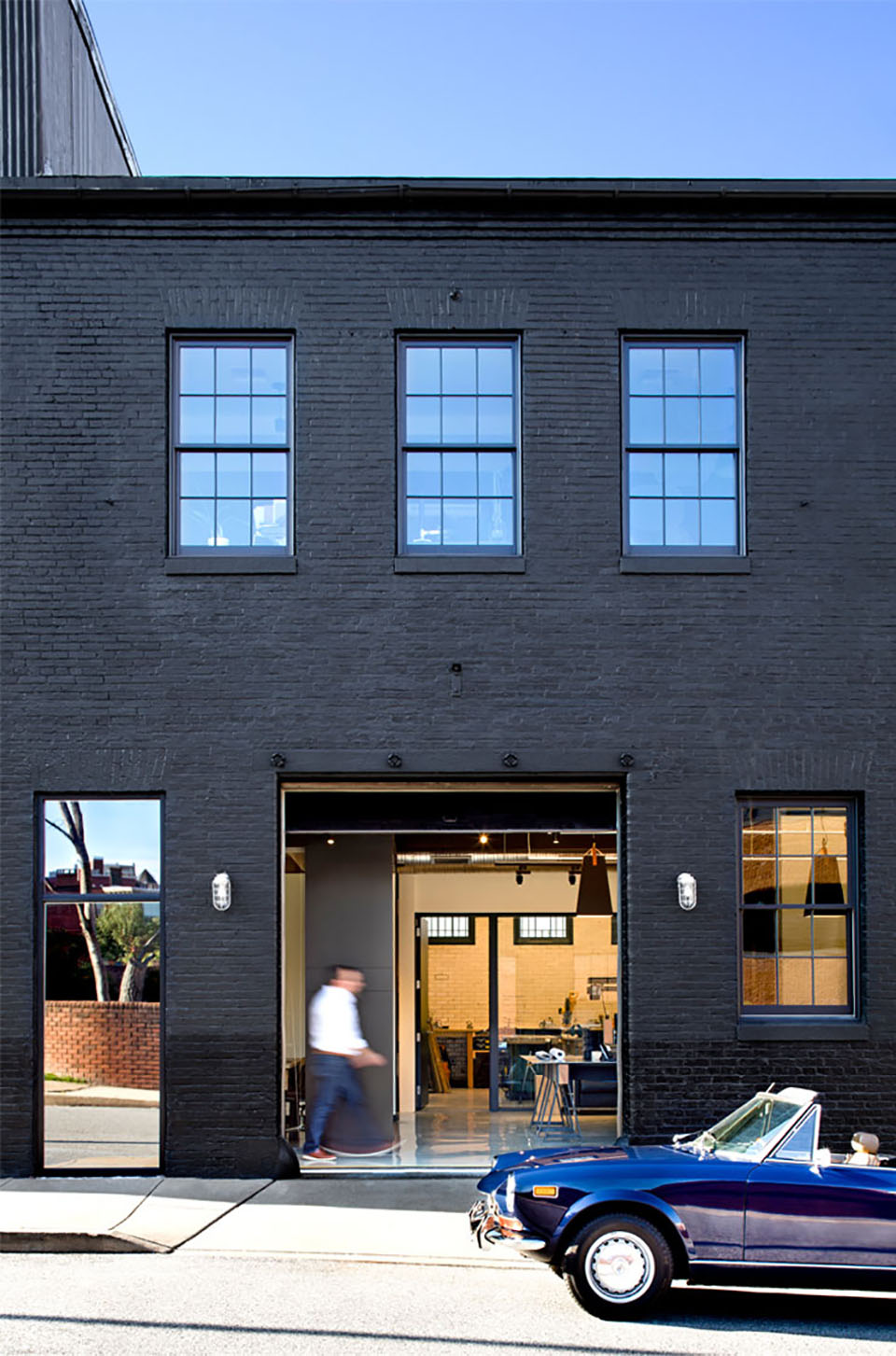 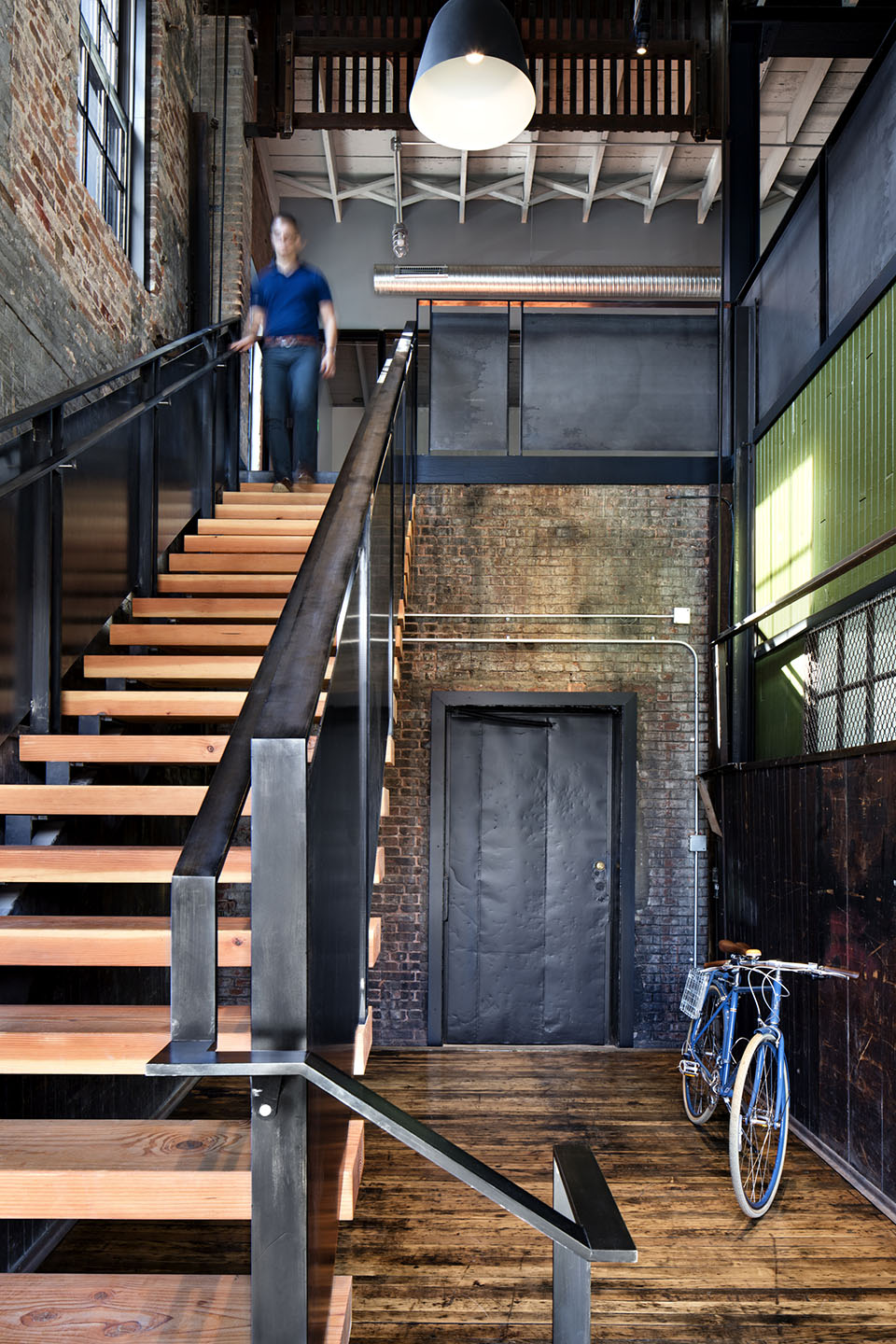