Purchased in 2012 by local artist Julia Yensho and her late husband Tom, this building is now Y-ART Gallery and Fine Gifts. Located in the heart of the burgeoning Highlandtown arts community, the venue has received much acclaim since opening in October 2015. The building was formerly the lodge hall of the local chapter of The Sons of Italy. In the 1920s, the rowhouses were converted for the Thompson Plymouth dealership. The doors to the service bays opened off the back alley, and the basement still contains vestiges of an oil change pit, apparently accessed by an elevator. The building was extensively damaged by the 2011 earthquake. Now renovated with care, the gallery, retail, studio for the artist/curator/owner are located on the first floor. 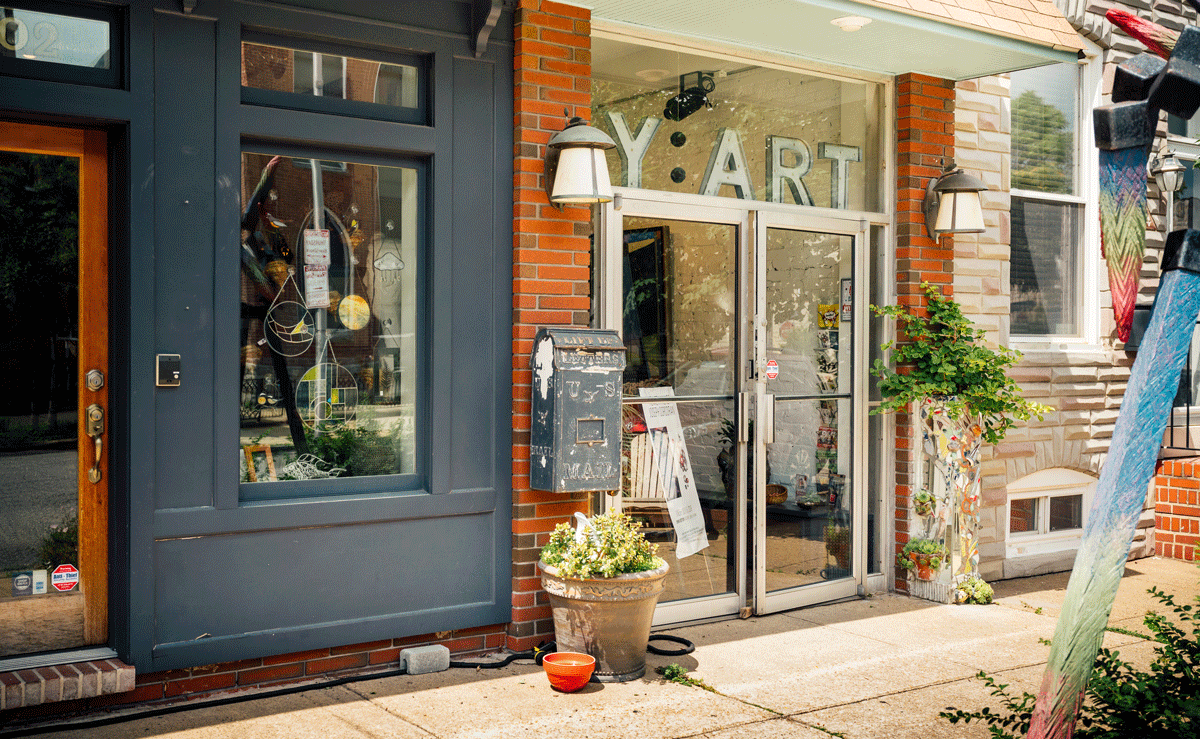 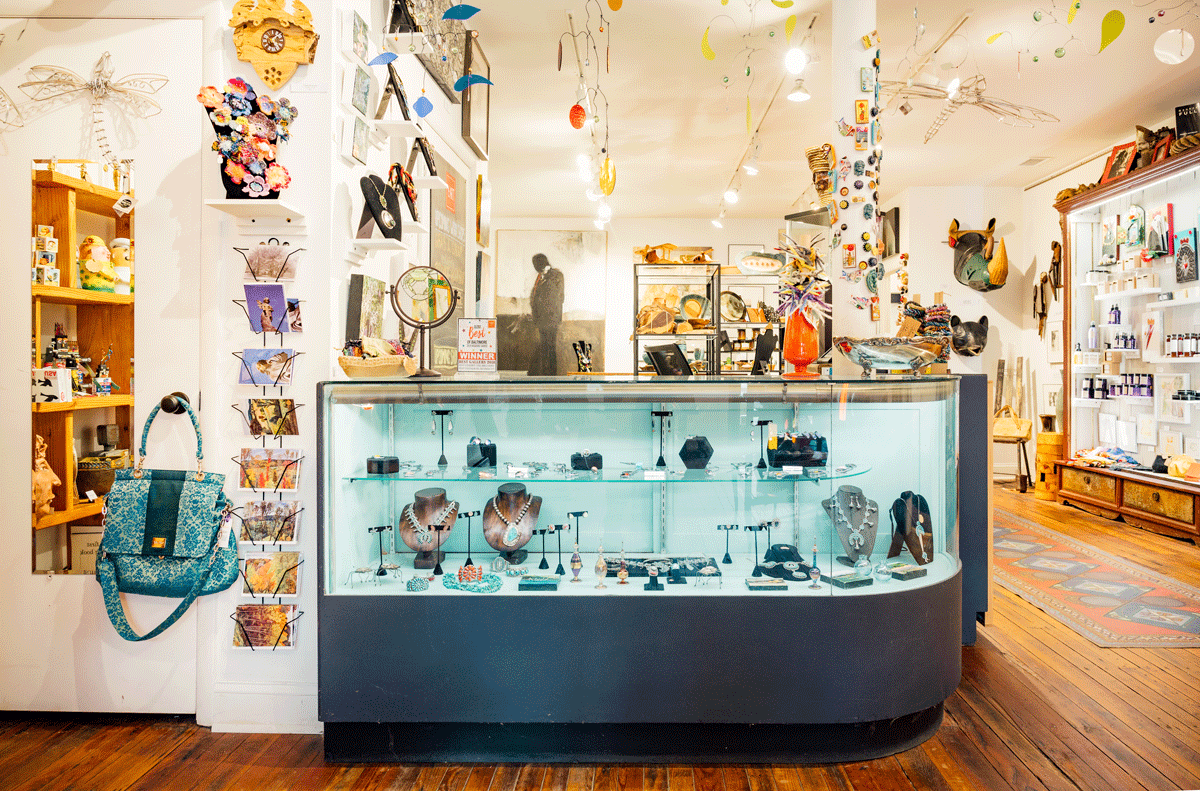 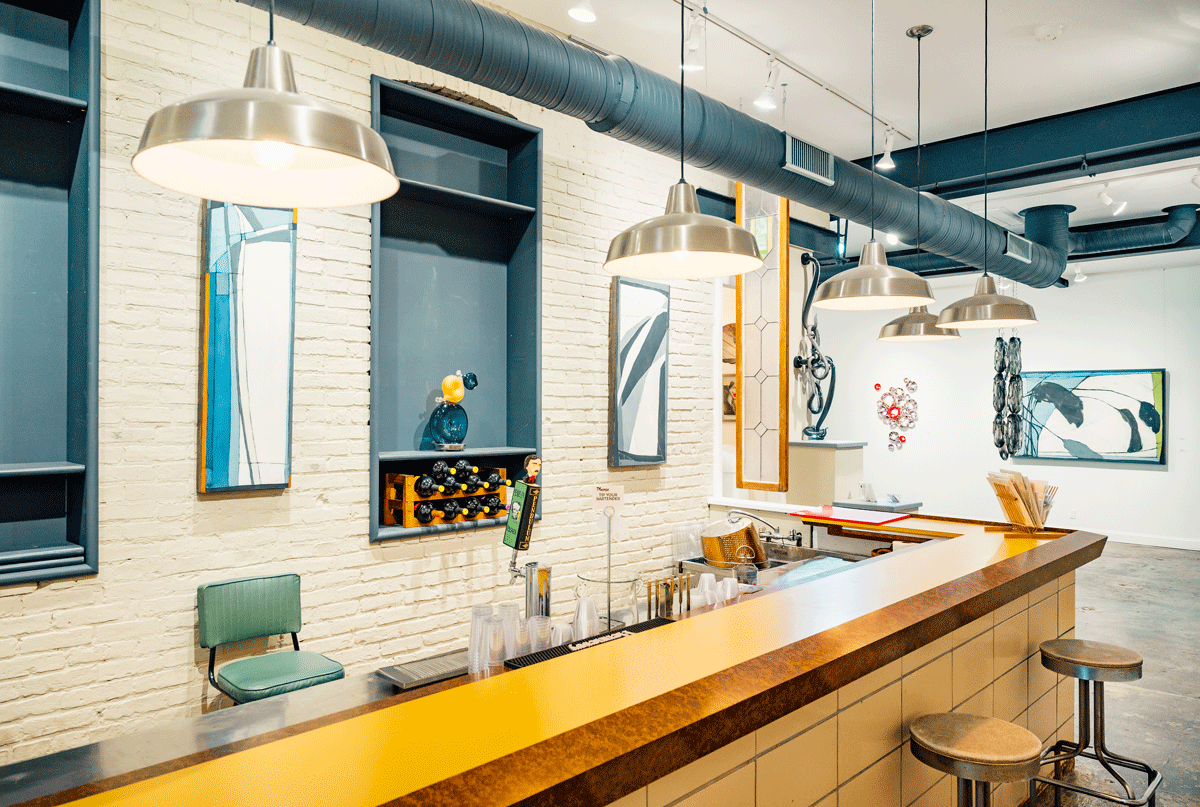 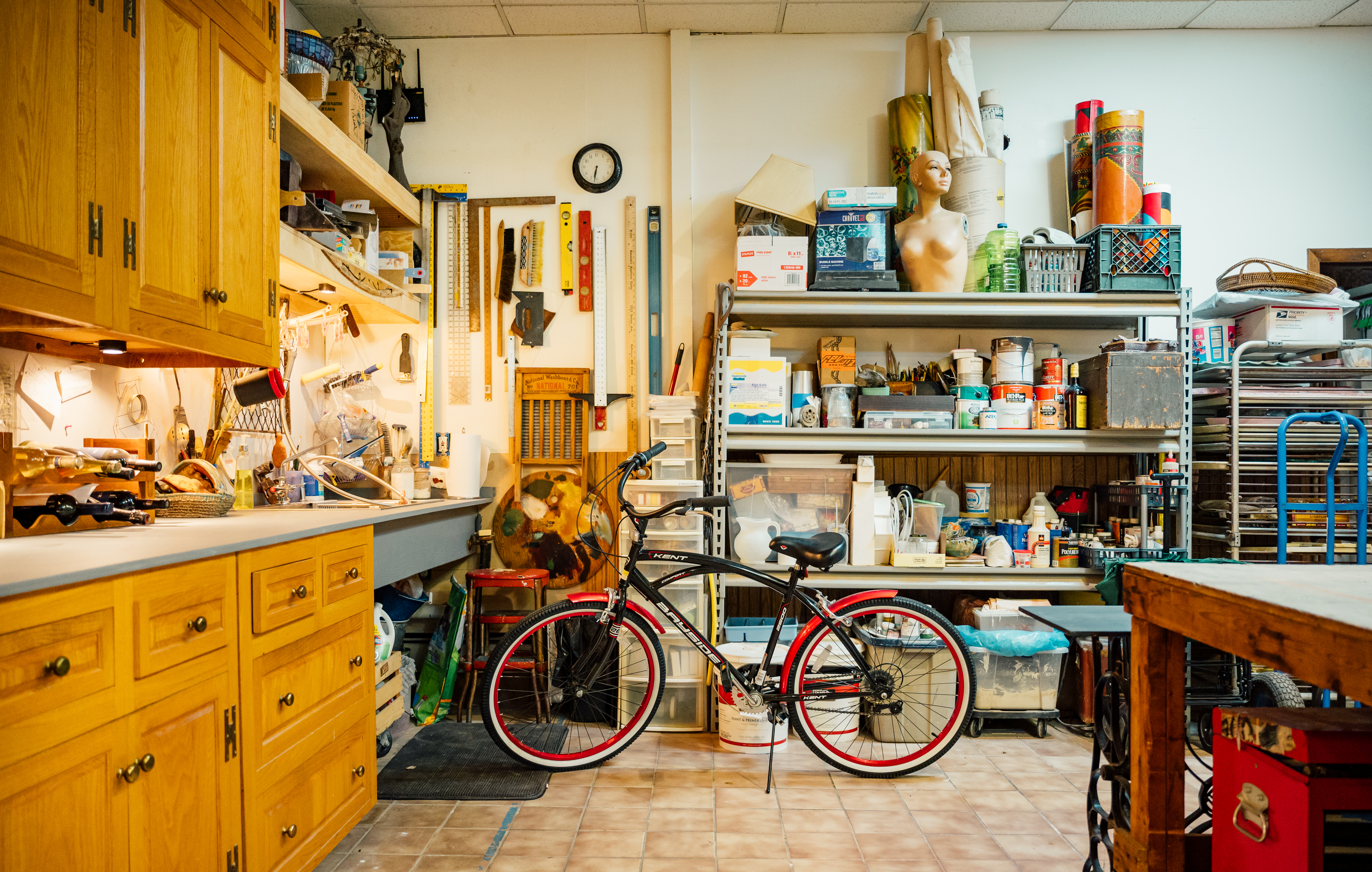 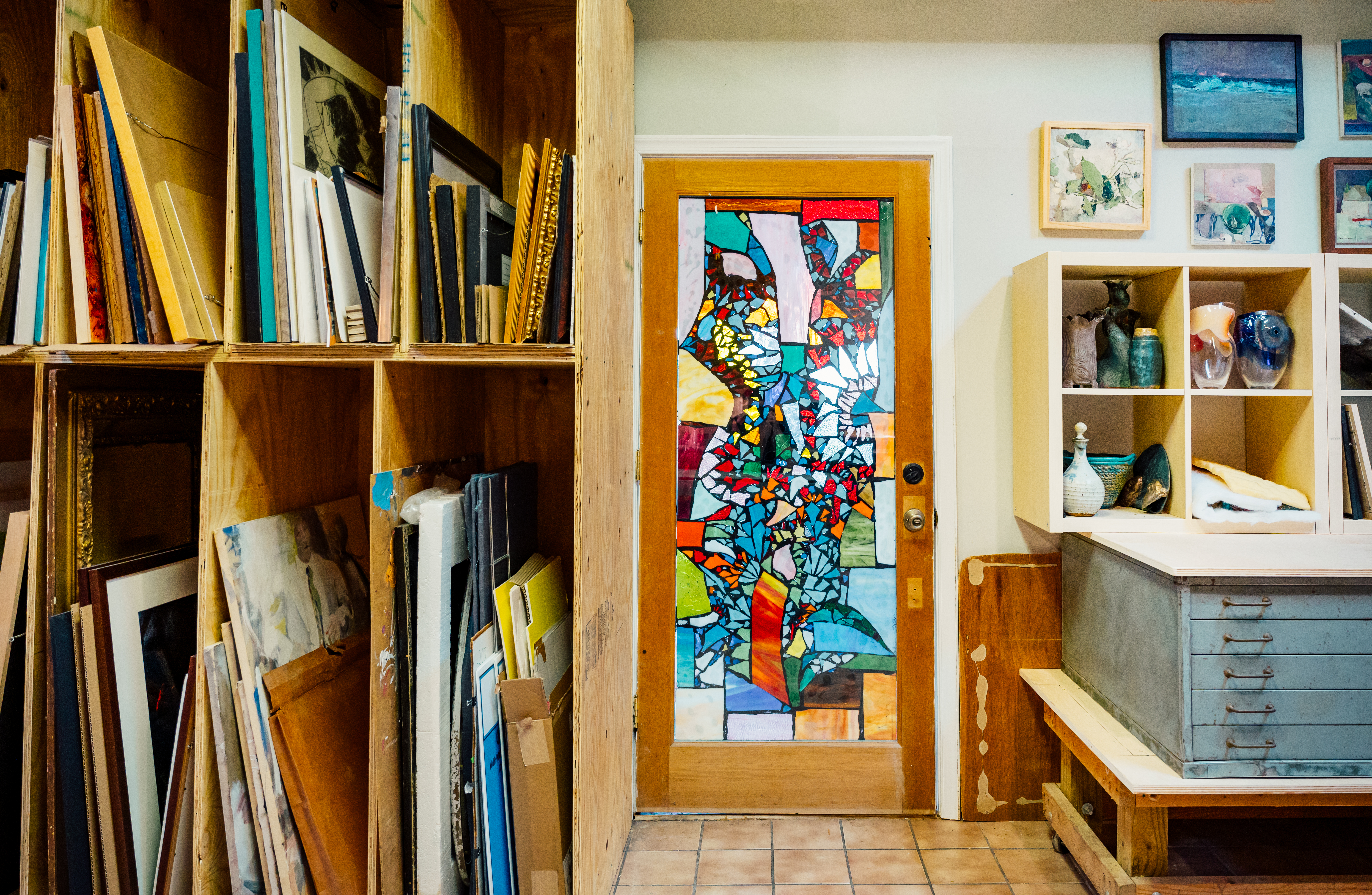 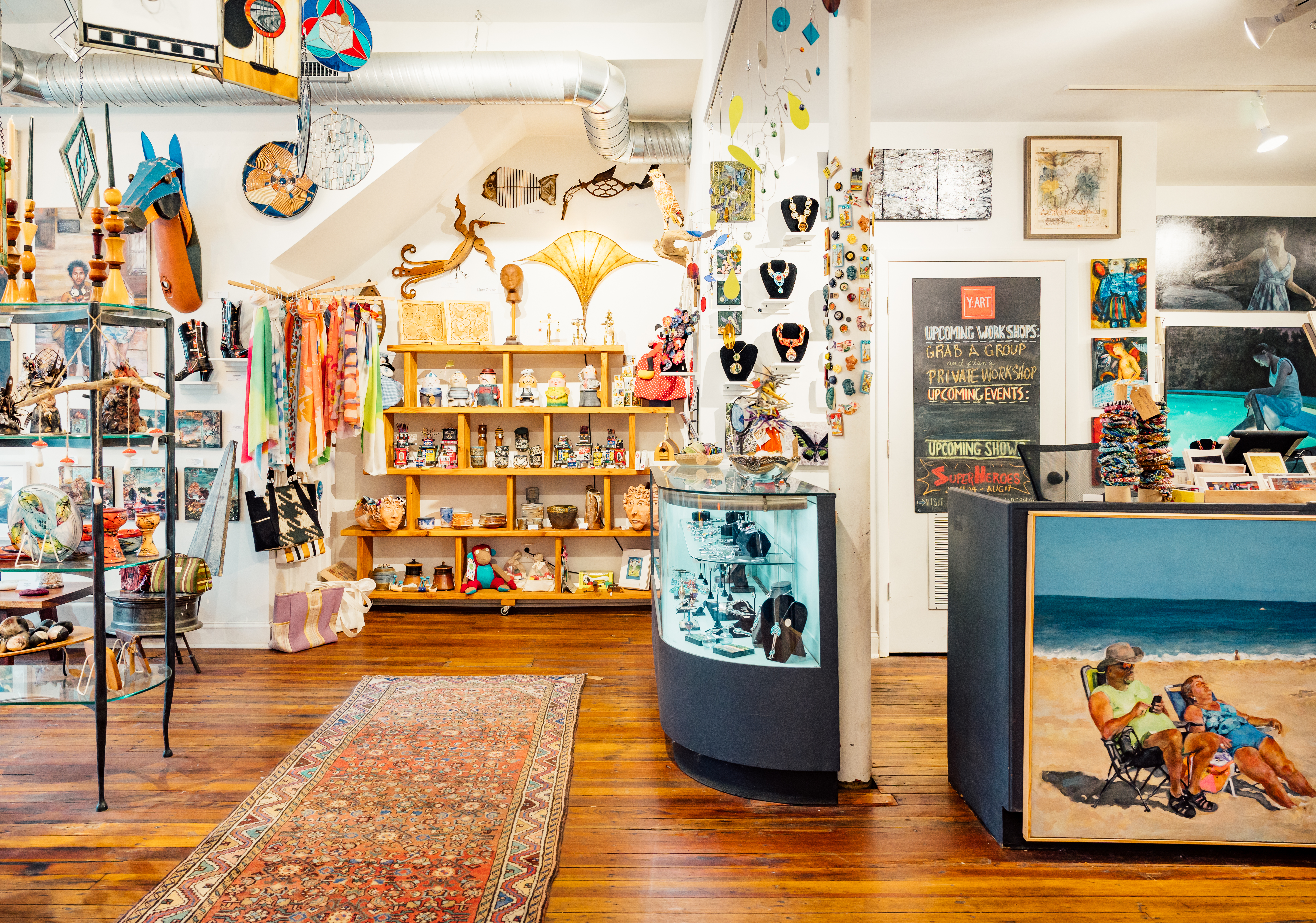