In continuous use since 1807, Zion is known as the German Church and is the first of many Lutheran churches that served the city’s large German population. Built by German immigrants, the building highlights numerous references to their country of origin with beautiful wood carvings and stained glass windows. German heritage is also kept alive through traditions and events.

The Parrish House and Bell Tower added in 1913 display multiple sculptures by Hans Schuler. The Moravian tile wall by Henry Mercer was the first and one of the largest installations of its kind in the nation. Inside the Parrish House, the Adlersaal (or Eagle’s Nest), resembles the great halls of Germany.

The Sexton House, built in 1922 is the last remaining storefront on Gay street, and when renovated will house the German American Cultural Center of Maryland. 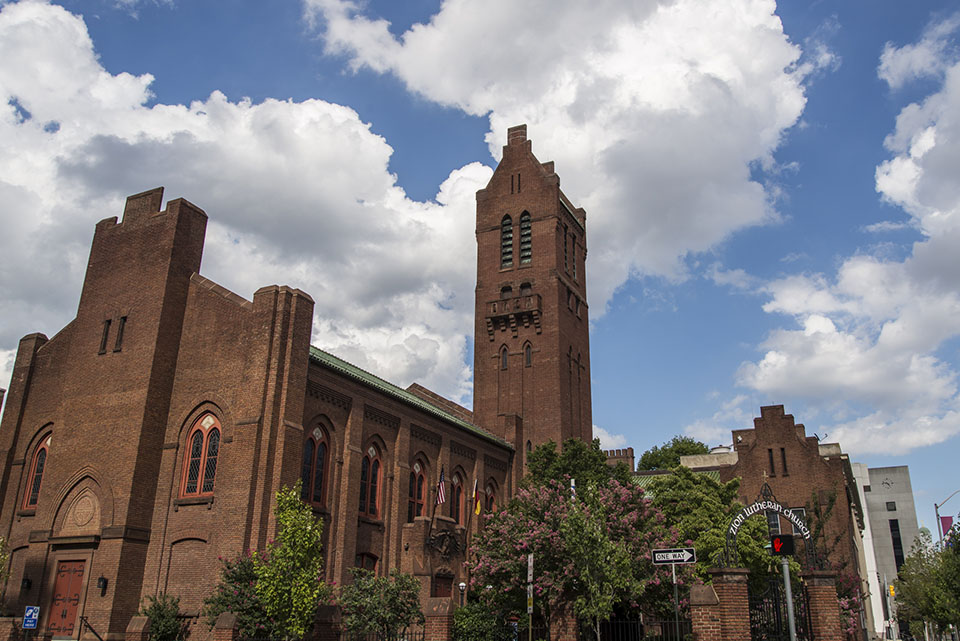 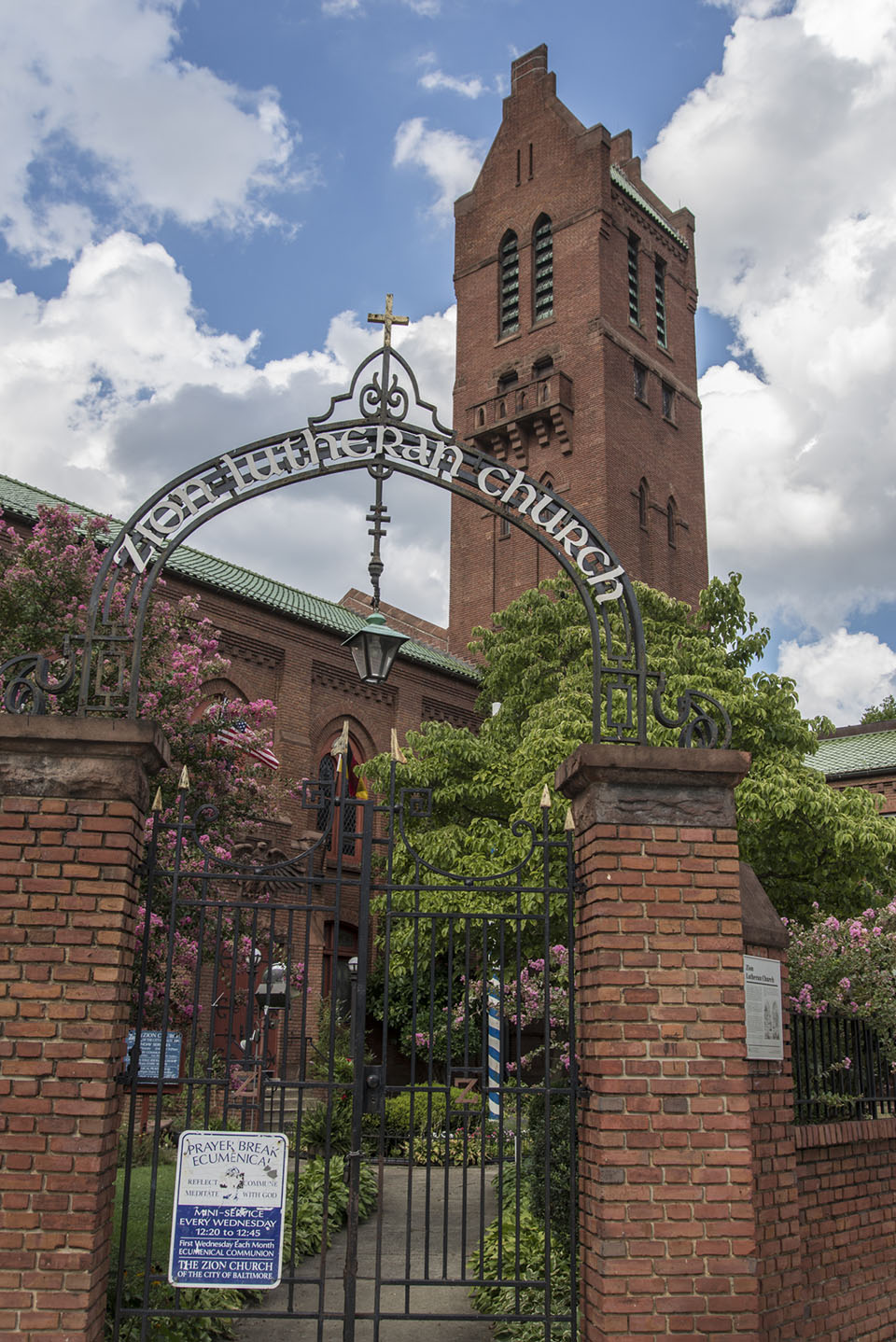 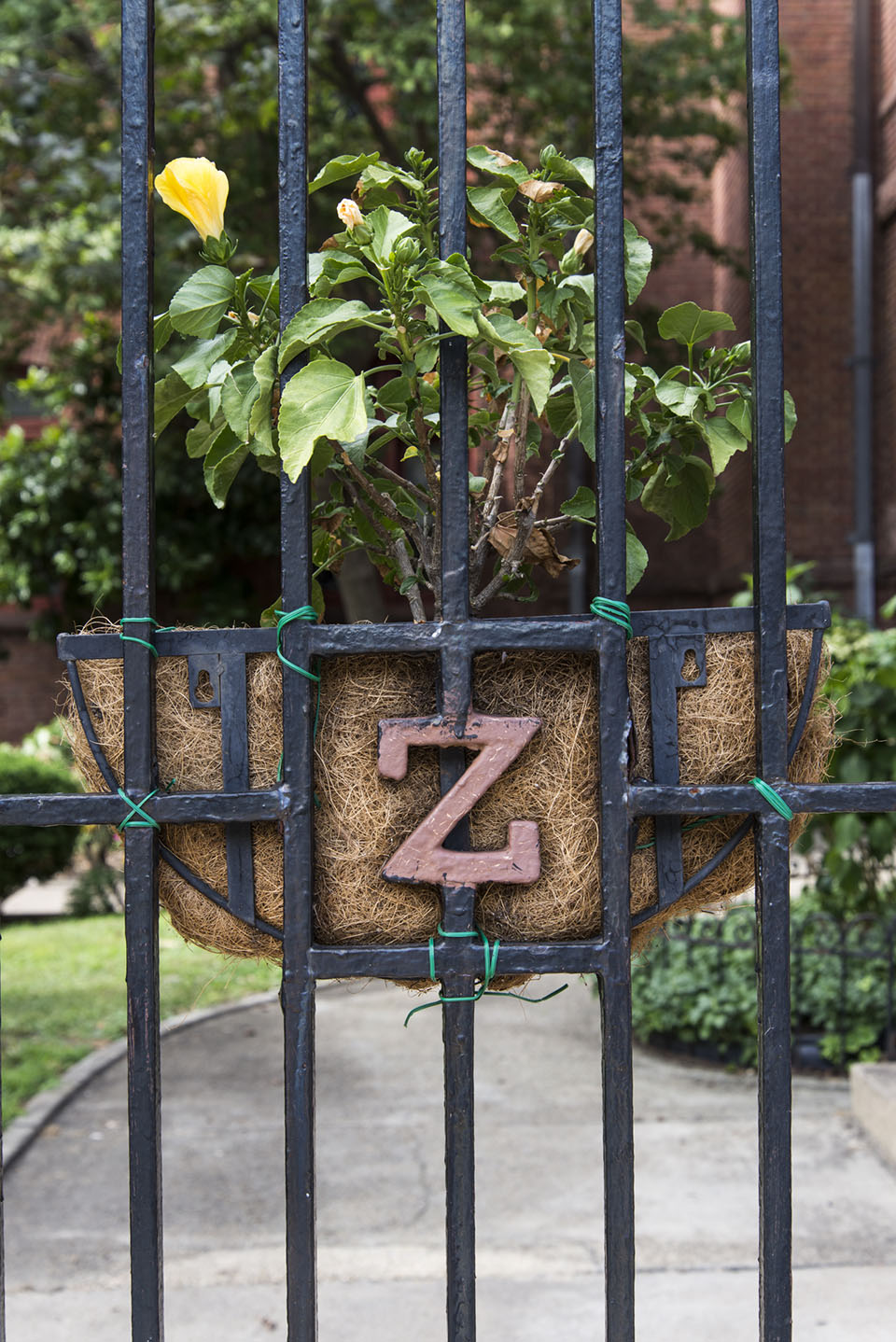 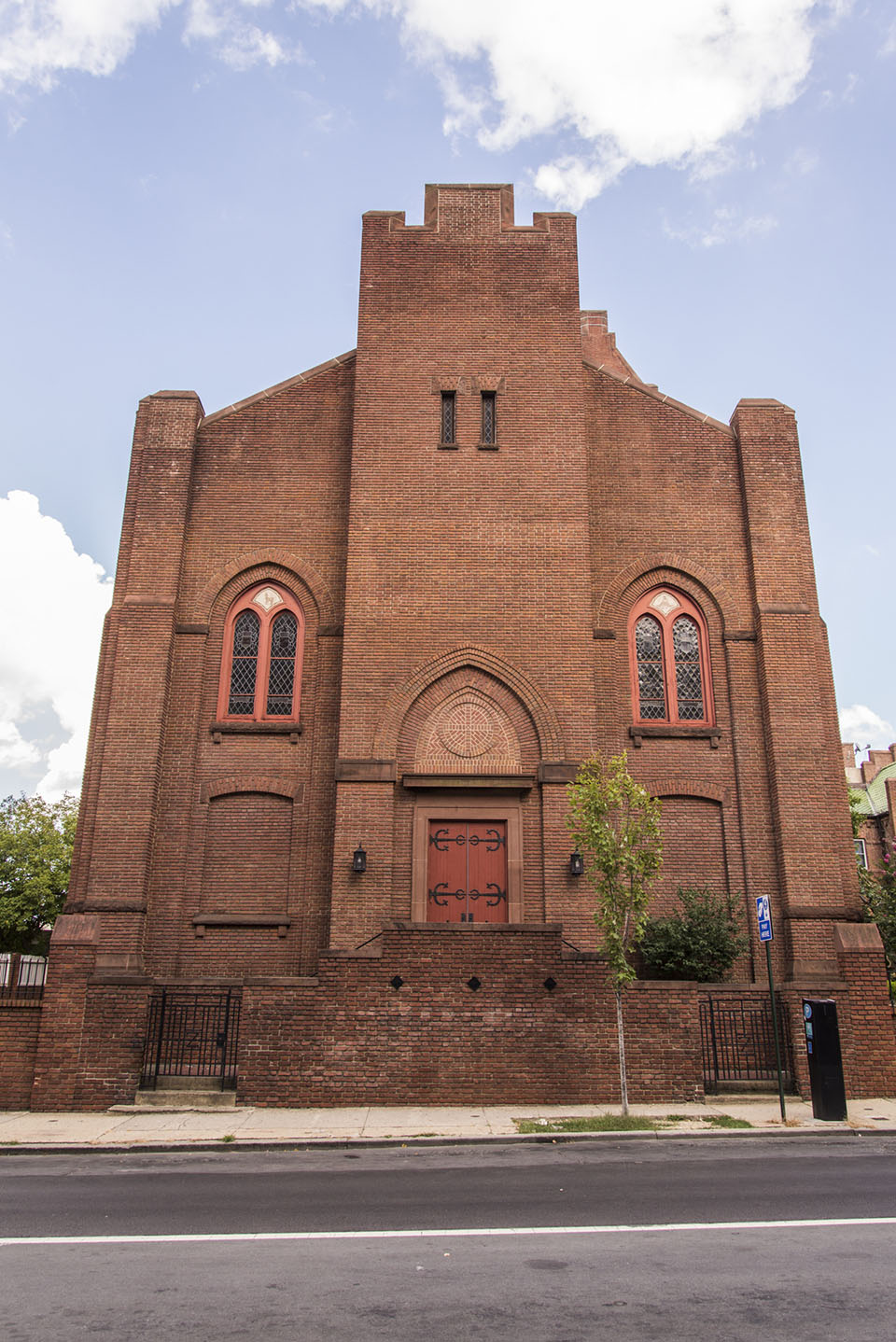