St. Paul’s Protestant Episcopal Church, commonly referred to as Old St. Paul’s Church, was designed by Richard Upjohn. Built in 1854, Old St. Paul’s Church is a historic church located in downtown Baltimore. The façade features two bas-reliefs of Christ and Moses, sculpted by Antonio Capellano, who also did the statue on top of the Battle Monument. When the church opened, the interior had a dark aspect. The columns were painted a sandstone orange with an elaborate color scheme of brown, red, and yellow ochres for the rest of the nave. A black walnut reredos stood at the back of the chancel. A small stained glass window of St. Paul let light in above the altar. In 1903, the chancel was renovated. Its bright new appearance reflected the era. The walnut reredos was moved to the back of the church, where it remains a memorial wall, and a new Tiffany one was installed in the chancel, with a large new window by Helen Maitland Armstrong. The old window of St. Paul was moved to the south aisle, and the ochres of the 1850s were covered with white faux blocks. Today, the oldest aisle window dates back to 1890. Most of the windows in the church were installed at the time of the chancel renovations in 1903. In the 1930s, the faux blocks were removed, leaving only tracery around the windows. In 2013, the interior of the church underwent another major renovation. The nave was painted, most notably on the ceiling, where one can see a field of blue that’s spangled in gold-painted stars. 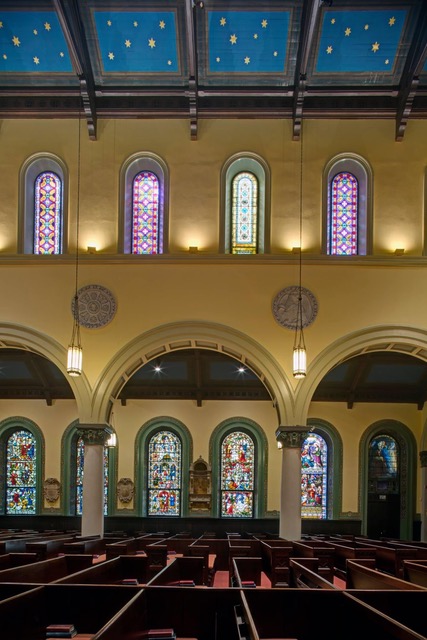 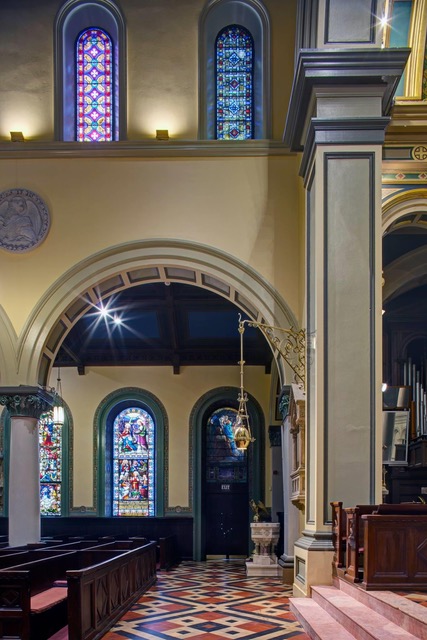 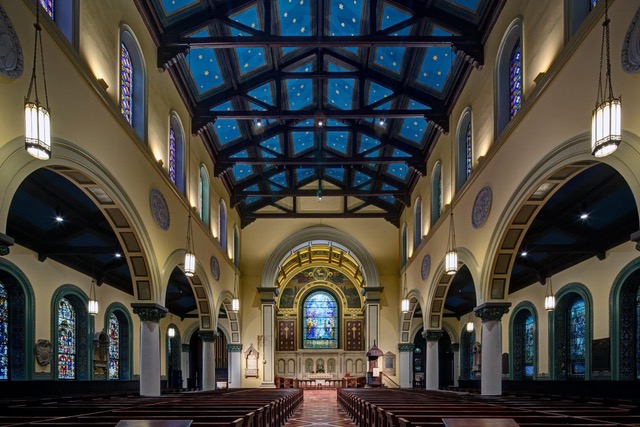 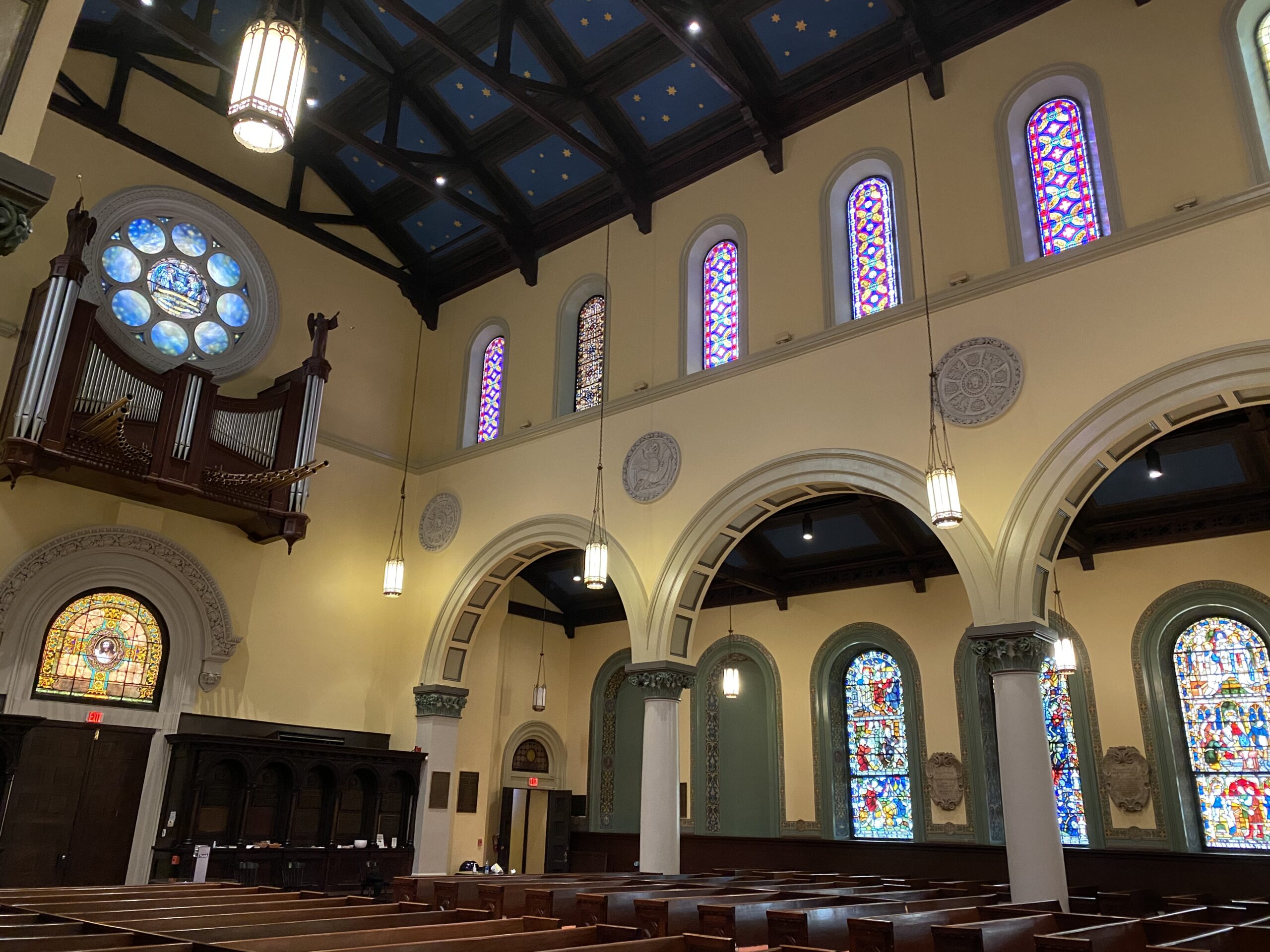