The Seven-Foot Knoll Lighthouse was built as part of an effort to revitalize the nation’s system of navigational aids. In 1851, the government began to study the existing lighthouses, and created a program that would chart the lighthouses, create new lighthouses, and worked with maritime traffic to make it easier to sight lighthouses. Prior to this program, it was increasingly difficult to distinguish lighthouse light from other sources.

A screwpile lighthouse is a round wrought iron, two story lighthouse supported on cast iron columns. The original lighthouse was built in 1856: square, with wooden and cast-iron panels. The present lighthouse, built in 1875, has rolled iron plates that are drilled and riveted together. The screwpile technology eliminated the need for underwater caissons and heavy masonry foundation, and is based on the principle of a fixed structural support system of piles driven into the river bottom. The house itself was also cast-iron. In 1988, the lighthouse moved from Chesapeake Bay to Pier 5 in the harbor to avoid demolition. 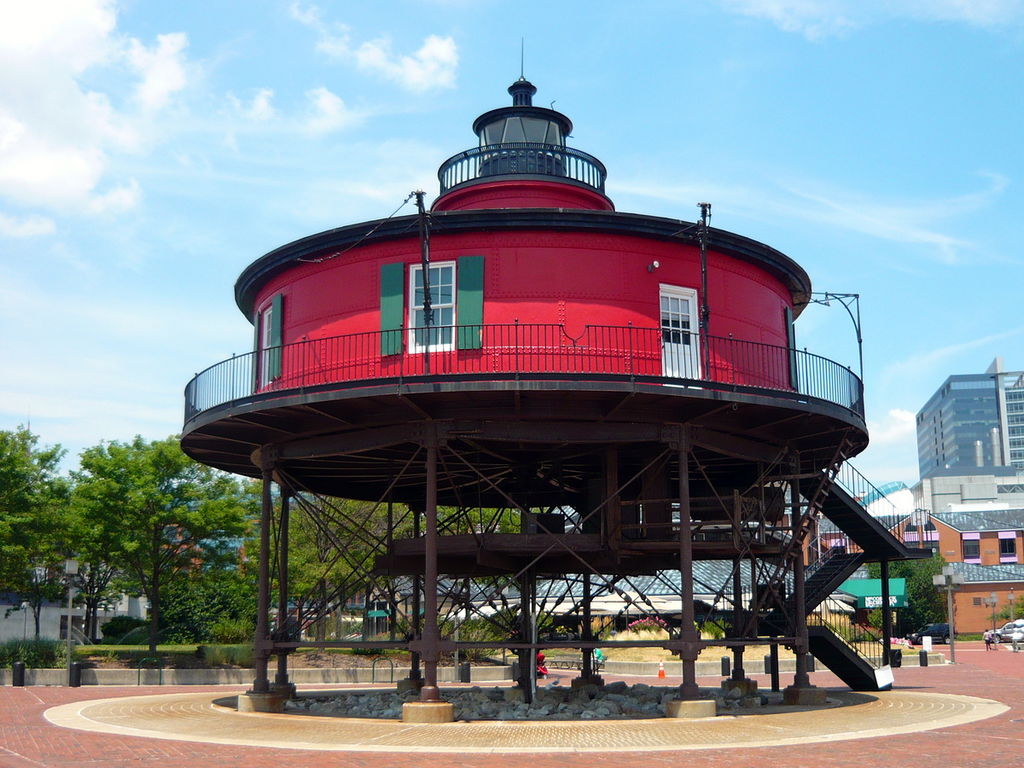